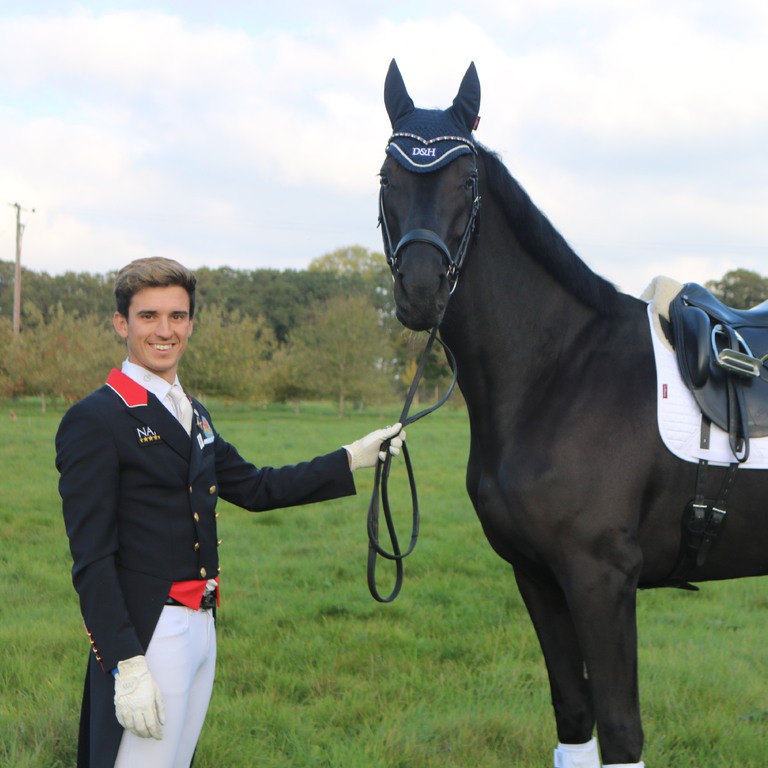 Alex started riding at the age of eleven when a friend dragged him to the local riding school. Despite being rather reluctant to start with, once hoisted aboard a donkey called Jimmy, Alex has never looked back.

At the age of 13, Alex spent a summer with James Roberts the Parelli Natural Horsemanship trainer for whom he would later work. Although an unorthodox start for an aspiring dressage rider to go and work for a cowboy in the middle of Wiltshire, it is the things that Alex learnt whilst at James’s that have really stuck.  Whilst there, Alex was shown the intricacies of starting and developing a young horse’s foundation and how to keep a horse’s confidence intact whilst getting on their backs for the first time.

Alex later went out to Switzerland to work for Carmen Zulauf, a Natural Horsemanship instructor based at the Swiss national training ground (the IENA). It was at this time that Alex made the call to bite the bullet and head to a proper dressage yard.  Here he had the opportunity to ride some of the highest quality horses in the country from 3-year olds right through to International Grand Prix horses. It was during this time that he found his youngster Diamond Hill, a small chestnut with a big character. Within two years Alex had backed and trained this young horse through to the British National Championships and earned placings at Premier League Shows.

In October 2016 Alex was nominated by selectors to join the BEF Excel Talent Programme, which is aimed at up and coming riders and assists them with developing their career. Hitting the ground running Alex then set up a yard and training facility, Collective Equestrian, near Bristol with his partner where he has now been for the past three years. Within this short space of time Alex has become the youngest ever List 3 Dressage Judge as well as becoming a qualified UKCC3 coach. His riding successes include attaining numerous wins and top five placing at Premiere League Shows; representing Great Britain in Germany, Netherlands, France as well as on home soil. Alex’s biggest International successes have come in the form of a three-day consecutive win at the Hickstead CDIY in 2017, and 2018 saw Alex being selected, then competing at the Young Rider European Championships in Fontainebleau France on his own horse Diamond Hill who was only 7 at the time.

Looking to the future Alex is focusing his efforts on producing the rest of his talented string of up and coming horses to International Grand Prix level giving him and his horses the opportunity to continue to represent Great Britain on the International stage. 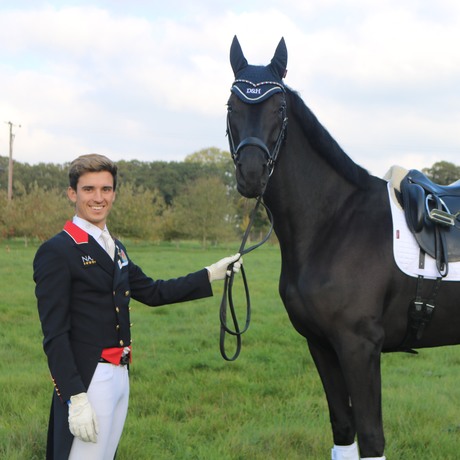 I used to think all horse feeds were much the same, however since feeding Dodson & Horrell the difference in quality has amazed me (and I have tried every brand on the market). My more chilled horses have ten times more energy than ever before on Performance Concentrate Muesli. Whereas my hot to trot ones get the sustained endurance needed to keep them in amazing condition without blowing their brains on Stay Power Muesli. Working with a company with such an established and proven method of producing unrivalled horse feed means I can sleep easy and train harder.